Dr. Michael Burnett Specializes in Problems of the Ear, Nose, Sinuses and Throat.

As of June 1st, We have reopened our office and are now taking in office consultations.

An ear, nose and throat specialist (ENT) is a physician trained in the medical and surgical treatment of the ears, nose, throat, and related structures of the head and neck. They have special expertise in managing diseases of the ears, nose and nasal passage sinuses, larynx (voice box), oral cavity and upper pharynx (mouth and throat), as well as structures of the neck and face. ENT is the oldest medical specialty in the United States.

To Book Online Via Zocdoc:

See Our Main Site at EarNoseThroatofNewYork.com
Blog Posts are Below:

What Is A Deviated Septum? If you notice that your nostrils are not of the same size and are abnormally bigger than others, it means you have a deviated septum. A deviated septum is one of the main reasons you constantly experience nose blockage, and it may also lead to other health complications. The septum is a cartridge that divides your nose into two separate nostrils.

Deviated septums are common in people who go through major accidents, and some are genetically born with it. Over time, this issue gets much complicated if not given the proper medical attention immediately. Knowing about such issues is important as it may put your life at a bigger risk than expected. You must further read this article to learn more about the causes and treatments for a deviated septum.

The Causes behind a Deviated Septum

A fatal nose injury is also one of the main reasons that could lead to deviated sputum. These injuries could include an aggressive fist punch fight, car accident, rough play, or a sudden fall. Most of these injuries may cause dysfunction in your nose, causing the nasal septum to change its position.

Symptoms of a Deviated Septum

At times, a deviated septum can turn into a much bigger health risk, for which instantly your doctor may recommend you to go for surgery. Surgery is one of the main treatment options for a deviated septum; however, there are other treatments available as well that involve oral medications such as a nasal steroid spray, decongestants, antihistamines, and nasal strips. These medications help relieve whatever symptoms you’re experiencing. But they sometimes might not be as effective, which means you may require surgical treatment.

Septoplasty is a surgical process that helps treat a deviated septum. This surgery is only recommended by a doctor when a deviated septum symptoms start getting worse and may ignite other health complications. You have to avoid smoking and taking medications such as ibuprofen and aspirin two weeks prior to your surgery date. Avoiding these drugs is a must as they could come in the way of your surgery, causing you to bleed more.

A septoplasty takes place under anesthesia and lasts for around 90 minutes. The type of anesthesia received depends on your surgeon and what reacts with you better as this surgery takes place under both general and local anesthesia. The surgical process involves taking out excess cartilage or bone in your septum by surgically cutting it. Through this, you can achieve a slight opening and straighten your nasal passage. Once the surgeon performs the main step, he/she will insert silicone splints in each of your nostrils to support the septum.

You may experience a few side effects or complications after your surgery; however, this is very unlikely as patients normally go back home on the same day. A septoplasty is one of the safest surgical procedures you can go through. You may experience a few common complications: non-stop bleeding, loss of sense of smell, an abnormal change in your nose’s shape, and numbness in teeth and upper gums. 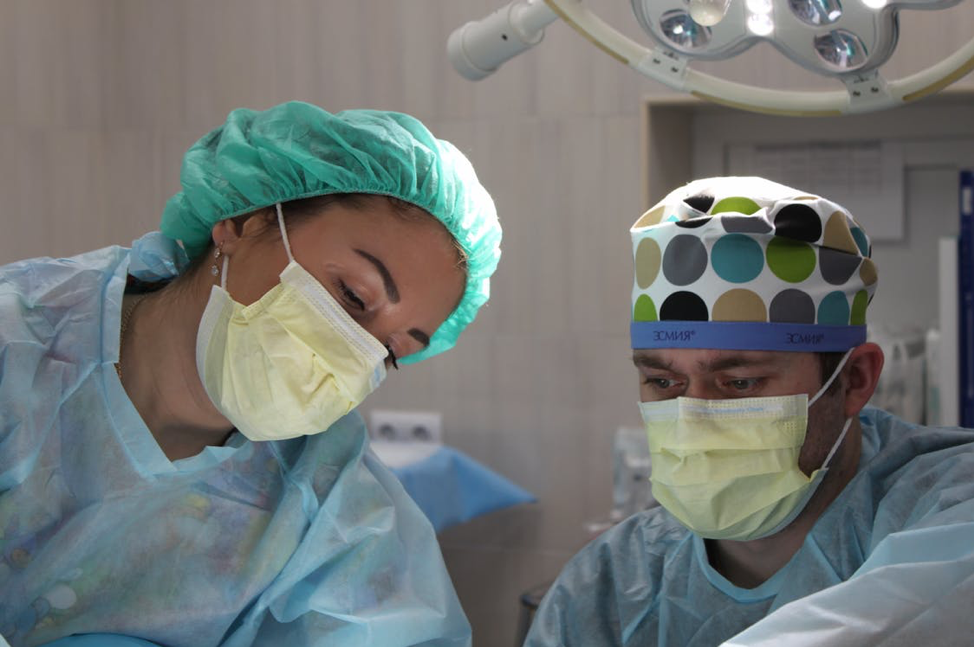 A septoplasty may be one of the smoothest surgeries you go through, but the recovery isn’t as good as expected for some people. You have to keep taking all your medications as prescribed by your doctor for a faster recovery. There are a few things you have to avoid doing to prevent any complications after your surgery. These involve not blowing your nose, no work-out for a few weeks, and wearing your clothes in a way that doesn’t come in contact with your nose because, at this point, your nose is in one of the most sensitive stages.

If you feel like you suffer from a deviated spectrum and have a few of the symptoms mentioned, you must immediately attain medical consultation. To achieve the best diagnosis and treatment for a deviated septum, you should get in touch with NYC’s best ENT specialist Dr. Michael Burnett MD.

← What Is A Nasal Polyp?
Hearing Loss Facts →